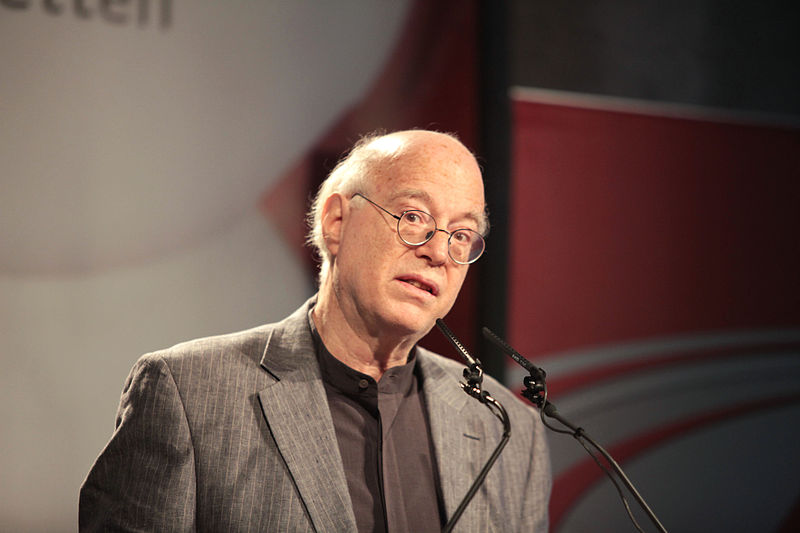 Richard Sennett photographed during a lecture in 2010 (CC-photo by rubra; Ars Electronica, via wikimedia)

Sociologist Richard Sennett spoke at the Literaturhaus Hamburg today to present his new book Together (or Zusammenarbeit, as it is called in German). I liked much of what Sennett had to say about the nature of cooperation. However, I thought the most interesting moment in his talk was when somebody in the audience asked what Sennett thought about the upcoming US elections.

Richard Sennett criticized how independent of party, US politicians are dependent on campaign contributions and how these contributions tend to come from special interest groups hoping to influence policy.

(As an americanophile European, I found This American Life’s recent radio show about campaign finance quite helpful to grasp the extent of this phenomenon.)

Sennett also pointed out that he had been part of the Obama campaign four years ago. Back then, Barack Obama was highly critical of lobbyists and special interests. What is more, quite a few people were excited about Obama’s ability to raise large amounts of tiny sums of money from voters and supporters, say, ten or twenty dollars each.

Richard Sennett, like others, seems to have hoped that this kind of political crowdfunding might replace campaign contributions by corporations or unions and help make politics responsive to the people, not the lobbyists.

Yet after doing the math once the campaign was over, Sennett said he found that only 7 % of the money raised by the Obama campaign came from small donors – a number that is small enough to shatter techno-utopian hopes.

»I had this naive faith of the internet setting us free from corruption«, Sennett said.

However, the system is broken, he said, without a solution in sight.